News From the Top - November 19th

SUPPORT THE CORPS ON AMAZON SMILE
Yes, Amazon Smile gives the Corps .05% of eligible purchases you make in the form of a monthly check to the Pioneer. It is a foundation by Amazon to benefit not-profits like the Pioneer. There is no fee to use this service. As we are getting closer to the holidays and lots of shopping to be done, please use it. It will benefit you as well as the Pioneer. Here is a link: https://smile.amazon.com/ 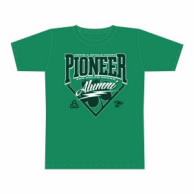 PIONEER ALUMNI MEETING
The Pioneer’s Alumni Meeting was a success. In attendance, 52 extraordinary people made up of marching members and staff made the trip to Pioneerland and met in our all-purpose building. There were Pioneer Family Members from every decade of the corps’ 57 year history, mainly from the 1960’s, and ‘70’s. Those from the 60’s & ‘70’s won the attendance prize. Our new Corps Director, Bill Strube #284, spoke eloquently and distinctively like a school principal (that he was). He was conveying all of the details concerning the DCI suspension. Tim Osterbeck #1145 handle the role of alumni chairman for answering the many questions and concerns of those who attended. Roman Blenski covered information about last season’s (2018) happenings. He also discussed the financial income and expenditures. Josh Pier, our staff coordinator also talked about the rehearsal and touring matters. So check the meeting report for more details.

In attendance were some nice surprises: The Ruggles family, our first out of the area members of the 1990’s, Attorney Jennifer Collins, Pioneer trumpet player in the 1990’s, “Nebraska” Elizabeth Regier #2295 front ensemble 2013,’14,’16 season as section leader. She works at Marquette University as a researcher. Also Amanda Burton # 1605, 2002-2005 trumpet player, our current visual staff person as well as being recently married! Two of our oldest Pioneer members present were Barbara (Foloran) Szymanski #190 and Bill Nylund #159

During the Alumni Meeting, an electrical power outage took place in the area during a strong rainstorm. The meeting continued as our ingenious members turned on the lights in their cell phones so we could see the person talking. Sue Blenski prepared some great Wisconsin Usinger Bratwurst for everyone to enjoy. We all left the meeting informed and determined to resolve the issues with DCI. We closed the meeting with the Corps Prayer. It was very special having members from the past 57 years showing their pride, still evident, as together, this part of the Pioneer Family prayed the Corps Prayer.

2018 PERFECT ATTENDANCE
The 2018 season was perfectly attended by 8 members who attended all 4 camps as well as through the entire season. These people were the center hard-core members who drove our progress. Maybe you would send them an email of congratulations for their efforts…That would show your pioneer “Class”! These members with perfect attendance are:
- Ally Farrand #2300 Guard Sergeant
- Kevin Nicholson #2530 Tuba
- Shawn Lee #2654 Mellophone
- Sienna Joyce #2604 Tenor
- Ryan Collins #2708 Mellophone
- Trent Miller #2672 Trumpet
- Rubin Pacheco $2682 Rifle
- Austin Barton #2674 Tuba

VOTED PRETTIEST GIRL IN THE CORPS

VOTED MOST HANDSOME MALE IN THE CORPS

Can these be found and returned please!

PIONEER GROUP PHOTO AND PATCH
If you have not received your 2018 Pioneer group photo and your patch, please call the Office (414) 327-2847 and we will send them to you!

CORPS JACKET UPDATE
What a project “Challenge” this has become! Please be patient. We are doing everything possible to have them produced as soon as possible. 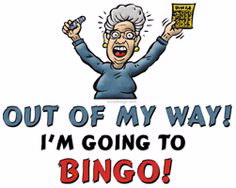 PIONEER BINGO
Every Saturday night at the United Seniors Bingo Hall at 4715 W. Forest Home Avenue in Milwaukee and most Wednesdays and some Fridays at the St. Francis Lions Center on East Howard Avenue in St. Francis, we have Bingo to support the corps. Many volunteers have said they would come, but few have called us and said they would. How about you???

LATE DUES
It had been 82 days since the end of the season. Are you one of those who still owes your corps money? Let’s send in your balance or part of it. Money pays bills. Thank you! 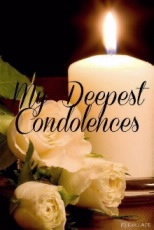 We are sad to announce the passing of Mrs. Rita Conroy the mother of members Dave Conroy #274 and his brother, Paul #376. She was known to everyone as Mrs. Conroy who was a regular helper in the uniform department offering countless hours in repairing, cleaning, and fitting. Our uniforms were old, made in 1946-48 for the Westmont High School Band. A generous parent, Walter Kendon, made the arrangements to donate them. They required a lot of maintenance (wool) Mrs. Conroy lived on Milwaukee’s Southside. 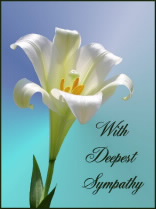 Another great friend of Pioneer and Director of the Americanos Corps of Appleton, Wisconsin passed away and the age of 56 years of a heart attack. He was a successful leader and guided the Americanos to a Drum Corps Midwest and DCI Division III Championship in the late 1990’s. He was always a very generous person and helped the Pioneer many times. Pioneer members from 2010 will remember him as the person who have us shirts, sombreros, and Spanish music as we all played the parade in Appleton, lead by the Corps’ World Finest Drum Major, Paul J. Schneider. Butch kept feeding the corps and personally thanking our members several times. When the Americanos went inactive, he donated much of its remaining assets to our corps. We were genuinely thankful. For the funeral we sent green and white flowers to the funeral home. Roman spoke about “Butch’s” vast contributions not only to Pioneer, but to all of the Midwest Corps. The attendance at the funeral may have been all of 1000 plus due to his very successful business as the owner the Lake Park and Little Chicago, a restaurant and bar. His outstanding personality was enjoyed by the many who knew him. Paul J., Ken Norman, and 8 brass players played several selections in his honor and contribution to his Corps. 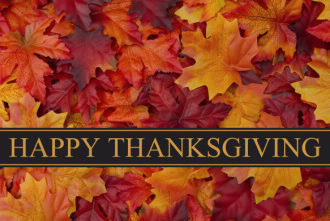 HAPPY THANKSGIVING
Thanksgiving is especially appropriate and special at this time because we are “Thankful” for the support of so many people daily, here and around the world, who have been offering encouragement to resolve our differences with DCI.