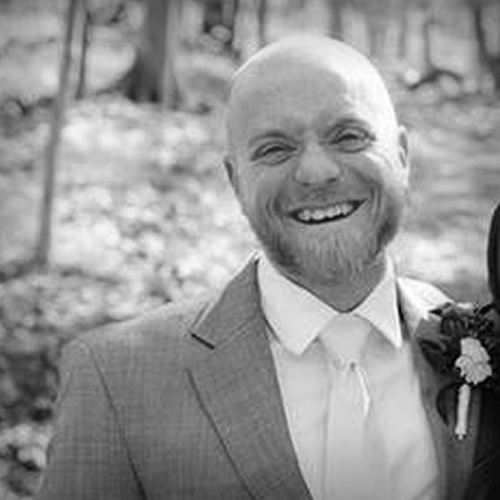 We are pleased to introduce you to our new brass arranger: Mr. Rob Stein!

Rob is an experienced writer, designer, adjudicator, educator and performer. Over 200 marching bands and drum corps across 40 states have used Rob's original compositions and arrangements, including The Baltimore's Marching Ravens, the largest music organization associated with the NFL.

Rob's drum corps teaching experience is extensive in both DCI and DCA. As a composer and arranger, Rob has had the honor of writing for The Hawthorne Caballeros, The Skyliners, and Carolina Gold, who won the 2012 A Class DCA World Championships using Rob’s arrangements. As an instructor, Rob has been on staff with The Blue Devils B, The Cadets, The Jersey Surf, The Bushwackers, and numerous marching bands within Pennsylvania and New Jersey. Additionally, Rob is the Music Caption Head and Supervisor for the Cavalcade of Bands Marching Circuit.

As a marching member, Rob marched a total of eight years in DCI, six with the Jersey Surf ('99-'04) as a soprano soloist and drum major, and two years with the Concord Blue Devils ('05-'06) on upper lead trumpet.

Rob works full time as a composer/arranger and is the owner of Standing ‘O’ Marching. Before transitioning to full time composing, Rob was an elementary and middle school band director for 10 years. Rob is a graduate of The University of the Arts in Philadelphia, PA, holding both a Master's degree in music education and a Bachelor's degree in trumpet performance with an emphasis in jazz studies. As a music educator in both the private and public setting, his experience includes extensive work with drum corps, marching bands, jazz bands, wind ensembles, pit orchestras and private lesson studios. As a performer, Rob has had the privilege of playing with many incredible musicians, such as Dave Liebman, Slide Hampton, Carl Allen, George Rabbi, The Latin Express (Philadelphia, PA), The Slicked Up 9's (Bethlehem, PA), The Harry James Tribute Band and more.

Rob is extremely excited and honored to join the Pioneer team for the 2018 season!